4 years ago… and now a new home

It is incredible that nearly 4 years passed since I opened a new folder on my laptop and started to build this Google Tag Manager WordPress plugin. And now, it is time to move to this new domain where the growth of the plugin can be supported much easier. Let me give you a brief history and some details about plans around this plugin. 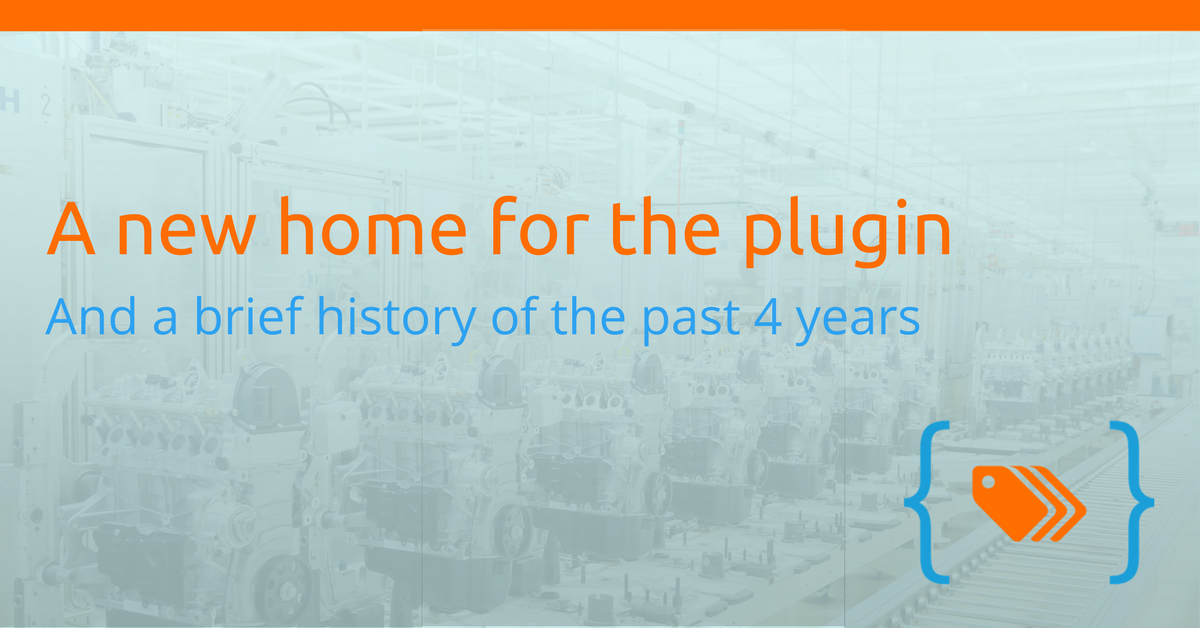 4 years ago I was looking for a plugin that could be used on WordPress sites to setup measurement using Google Tag Manager.

Although there were some plugins out already, none of them included features I was looking for. Most WordPress users like this CMS because it is very easy to setup and most valuable plugins give users lots of advanced features without the need to code. And Google Tag Manager can be a very complicated tool if you dig deep and try to measure lots of advanced features, like enhanced ecommerce with WooCommerce.

If some of you remember, in the summer of 2013 GTM and the UI of GTM was very basic. You was not even able to track link clicks without the need to code. 🙂 Google only released auto event tracking in October 2013. So I was looking for a plugin that could give WordPress users the ability to track those events. Events that were already build into several popular Google Analytics plugins. Events like email clicks, outbound clicks or clicks to downloadable files like PDF or XLSX.

Because no such plugin existed, I opened a new folder and started to create this plugin and it’s very first version v0.1 🙂

4 years passed since then and lots of new features has been added in the past 4 years. Sometimes I had less time to code but I always bounced back to release a new version.

The full name of the plugin includes my general nickname. While uploading the very fist version, WordPress.org did not allow me to create a generic name like “Google Tag Manager for WordPress”. I was always a bit afraid when will I be punished by Duracell to use this trademark. 🙂 Since their website is also using WordPress, this has been always a threat for me. My best friend give me that nickname some 15 years ago when I was not even a professional. But time has come to change the plugin name and remove that nickname. So Hey Duracell, if any of you read this: I hope you will be satisfied with this move. 🙂

Having this small name change, it was also time to move on to a new domain.

With this change, I am also more open to introduce some more advanced services in the near future.

The plugin has to remain free of charge. This was always my point of view when someone asked me why I am not releasing a paid version with paid features.

Because having those features and being able to correctly use them is not necessarily the same. Some of you are advanced marketers who already know how to harvest the power of Google Tag Manager. Some of you might be also able to write your own WordPress plugin and make it free to everyone. And this would simply end a paid version of my plugin. Generally I think that the features should be free for everyone so that those who are already familiar with GTM can easily setup a container with lots of interesting features.

But I can also see that more and more people are eager to learn to use Google Tag Manager. They understand that there is much more in it as placing the container code into the right place of your website source. I plan to launch some official paid services on this site soon that will help you to learn and use GTM and digital marketing much better.

Download the latest version of my Google Tag Manager plugin for WordPress and start using advanced GTM on your website without coding!

Do you want to contribute to the source code?

Visit the GitHub repo of the plugin

This website may use cookies to remember your log-in details, to optimize site functionality for your use, and deliver marketing based on your interests.

This does not include collecting any personal data of you. In any case we need to process any of your personal data, we will ask for your specific consent later for sure.

Accepting this message only means that we will be able to analyze site content performance using larger buckets of users and to deliver tailored messages to those user buckets. We will be not able to analyze your activity alone especially not in a way where your name or any personal data of you is attached to this analysis.

To read our privacy policy, please visit our privacy page.
Necessary Always Enabled
This is an necessary category.
Statistical
Tracking of website usage without using any feature that would involve personal data processing either by us or by our tracking vendor. This includes IP address anonymization and disabling features related to interest based advertising.
Advertising
Tracking codes that could be used to tailor our messages based on your interests. This does not mean that we will be able to track your activities alone especially not in a way that would allow us to connect your name or other personal data to your website activities.
Save & Accept